About 100 km north of the big Saudi town of Jeddah – at the King Abdullah University of Science (KAUST) – professor Geert Jan Witkamp is busy generating knowledge about the energy efficient recovery of materials in pure form, like water, salts and metals. Earlier he was a very succesful Delft based professor in chemistry who won the Entrepreneurial Scientist Award in 2012 and the Dow Energy Prize in 2011.

Now Geert Jan Witkamp is a very cool sponsor of Cool Down the Planet. He adopted Cristina Menina’s report about the crippling water crisis in Manila after periods of severe drought, due to climate change. Thank you very much Geert Jan! 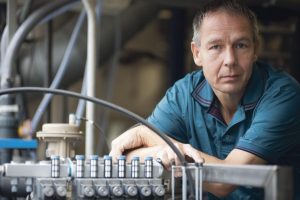 Professor Witkamp joined KAUST in September 2018:
“We are pleased to announce that Professor Geert-Jan Witkamp has joined The King Abdullah University of Science. Dr. Geert-Jan is a highly acknowledged academic, working on the science of process technology. He brings key expertise in the areas of scientific publishing, teaching and supervising of Ph.D. and MSc. students, patenting, inventing, industrial consultancies, and discovering new process technology concepts in hardware. Dr. Geert-Jan is a winner of several prestigious awards including the Dow Energy Prize (Royal Dutch Academy of Sciences) and the Environmental Chemistry Award (Royal Dutch Chemical Society). He has demonstrated a remarkable ability to translate research from lab-scale to full-scale, including practical applications. These capabilities, coupled with his experience with water technologies, is a great addition to WDRC.” 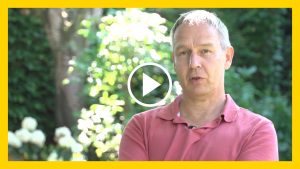 Your organization as one of the coolest?

Join us Delft University of Technology has taken the lead in supporting this platform. It has facilitated Cool Down the Planet by giving valuable feedback on various issues and some…

Get to know this ambassador

One of the Coolest Universities:
TU Delft

A few good reasons to call Delft University of Technology one of the Coolest Universities: 1)  A significant proportion of TU Delft research relates to sustainable development, including many publications…

Get to know this ambassador
Login
Forgot password
Register